We’re delighted to announce the launch today of the MINDJAMMER KICKSTARTER to fund a massive expansion of the far future transhuman science-fiction and roleplaying game setting. Featuring sourcebooks, supplements, and adventures, as well as new fiction including the second and third novels in the Mindjammer trilogy, this marks a major step up for the award-winning game.

The first £5,000 goal of the Kickstarter is to fund THE CITY PEOPLE, an action-packed 80-page adventure of mystery and exploration on an alien world, featuring horror, thrills, and scientific discovery aboard the sentient Space Force explorer ship Magnanimous Intervention. Once this is funded we have lined up stretch goals including sourcebooks such as the Core Worlds and Venu, new adventures and fiction, and more surprises beyond.

“The time is right for a Mindjammer kickstarter,” said Sarah Newton (Mindjammer, Achtung! Cthulhu, Legends of Anglerre, Monsters & Magic, Burn Shift, The Chronicles of Future Earth), author of Mindjammer and director of Mindjammer Press. “We’ve reached a critical mass of material ready for publication, and over the past 18 months since launching the second edition we’ve assembled a great team of talented artists, writers, and layout designers to take us to the next level. I have over a million words of source material written, and am very excited that we now have the opportunity to bring it to Mindjammer fans old and new.”

The Mindjammer line is co-published by Modiphius Entertainment, who are supporting Mindjammer Press with advice, marketing and logistics to help ensure the Kickstarter and its fulfilment are a success. “With our experience of running several major Kickstarters we’re well aware of how to help where it counts,” said Chris Birch, director of Modiphius Entertainment and leading light of such successful Kickstarters as Achtung! Cthulhu, Mutant Chronicles, and the recent Infinity RPG. “We’ve seen the Mindjammer line grow from the early days of Starblazer Adventures and now working together as Modiphius and Mindjammer Press it’s been great seeing the Commonality grow and grow with fans right across the world.”

The Mindjammer –The Roleplaying Game kickstarter launches today, Tuesday 17 November 2015, and runs until Sunday 20 December. It offers a wide range of popular pledges, from all-you-can-eat digital product pledges to print products and more. In addition to sourcebooks, supplements, and adventures detailing the New Commonality of Humankind and the awesome adventures you can have there using the Fate Core rules (from Evil Hat Productions), the kickstarter also features stretch goals such as a version of the Mindjammer game for the Traveller roleplaying game rules, and brand new fiction in the Mindjammer universe, including the second and third novels in the Mindjammer trilogy following the first critically acclaimed novel already available.

Check out the Mindjammer – The Roleplaying Game kickstarter today at https://www.kickstarter.com/projects/328469751/mindjammer-the-roleplaying-game. The future awaits!

MINDJAMMER. BEYOND THE HUMAN FRONTIER. 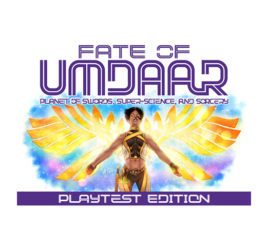 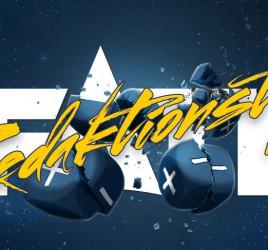